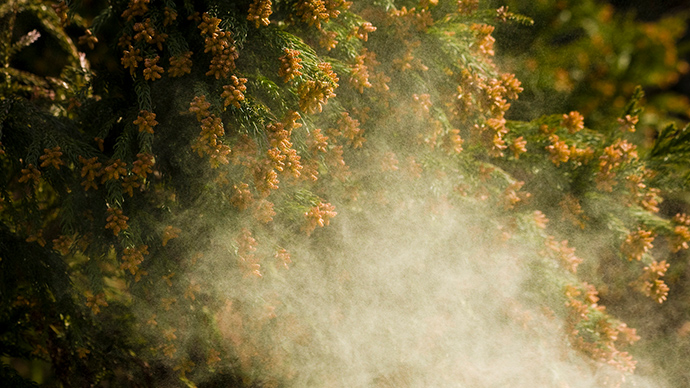 It was found that the streamer technology decomposes cedar pollen, and at the same time, it also decomposes exhaust gas (diesel exhaust particles) and PM2.5 that worsen hay fever, dramatically reducing the intensity of allergic reactions. 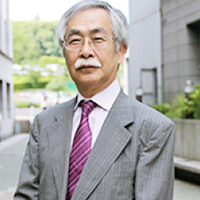 Pollen + exhaust gas + PM2.5 are decomposed at the same time, reducing the allergenic strength by 92.4%

*1:When a reaction with an allergen occurs in the body, an IgE antibody that can bind only to the allergen is produced, and when the reentered allergen reacts with the IgE antibody, various allergic symptoms are caused. Since it is detected only in a very small amount in healthy people, it is generally used for immunological tests. 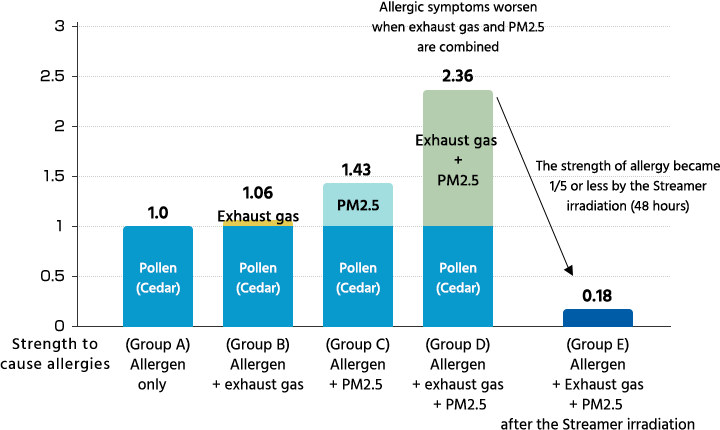 As a result of the test, the allergenic strength was 2.36 times higher in the D group, in which exhaust gas and PM2.5 were added to the allergen, than in the A group containing only the allergen. It is speculated that the simultaneous administration of a mixture of exhaust gas and PM2.5 enhanced the immune reaction that causes allergic symptoms such as hay fever. On the other hand, the allergenic strength of group E, which was exposed to the Streamer for 48 hours, was reduced by 92.4% compared to group D.

* The results are obtained from demonstration of solely the Daikin Streamer discharge device in an experimental condition.

Take a tour in our virtual showroom